Before you begin stashing Bitcoin under your mattress, consider the broader “cryptocurrency” market. Cryptocurrency is a digital, encrypted currency that can be used to store and shift funds outside of traditional banking systems. Some people believe cryptocurrency has the potential to systematically impact our global banking systems and related record-keeping standards.

There are no regulatory controls in place, no set of rules on how the funds are used, and no government body to distribute the currency, investigate or resolve disputes or curtail illegal dealings. One of the perceived benefits is that users are anonymous, so cryptocurrency has come to be associated with underground, and potentially nefarious activities — providing an outlet for wealth and tax secrecy that may be beyond the reach of restriction. Over the last couple of years, more mainstream organizations have begun using cryptocurrency.

What is the difference between cryptocurrency and Bitcoin?

While there are several different flavors of cryptocurrency available, including Ethereum, Litecoin and Ripple, Bitcoin has been in existence for about 10 years and is the most well-known. Recently, more mainstream companies, such as Overstock, Expedia, Dell, PayPal and Dish, have begun accepting cryptocurrency, often through a platform called “Coinbase.” Interestingly, only 21 million Bitcoins can be “mined” or produced. Further, mining Bitcoin is illegal in some countries.

How does cryptocurrency work?

Cryptocurrencies are powered by blockchain technology. While extraordinary returns in the cryptocurrency market have caught public attention, blockchain may be the true disruptor. Blockchain is defined as a publicly available digital record that tracks virtual currency transactions. Blockchains use a distributed ledger technology (DLT), which allows transactions to be visible to the public, thereby improving the security related to the chain. Meaning, payment history is publicly visible, even though the people associated with the transaction may be anonymous. This technology could potentially revolutionize the way organizations manage, record and distribute funds. Blockchain technology is evolving rapidly but offers some interesting solutions to the challenges of our increasingly digital world.

What is all the fuss about?

There is a lot of attention around cryptocurrency and, in particular, Bitcoin. The media is full of headlines on the returns associated with the cryptocurrency market, and you can hardly attend a cocktail party where the topic doesn’t surface. This is because the currency enjoyed a remarkable surge in price in 2017, gaining about 1,500 percent. In fact, some argue that Bitcoin helped introduce a whole new asset class: cryptocurrency. The chart illustrates the substantial growth in Bitcoin over the last two years. Some investment experts believe we are witnessing a bubble while others vehemently disagree.

While it can be difficult to identify an asset bubble as it is happening, we can look to history to find the common factors that have been present in all asset bubbles in the past.

The four components of a bubble are:

We are certainly witnessing all these bubble components currently, so history is on the side of extreme caution in the ownership of cryptocurrencies.

At Westwood WealthCoach, we are on a mission to level the playing field for all investors. We believe everyone deserves their own personal WealthCoach advisor - someone who can provide advice and help manage their finances. Westwood WealthCoach is a digital wealth advisory platform that combines both human advice and technology to help individuals and families achieve their goals in life. We look forward to sharing our investment experience to help you get where you want to go. Our parent company, Westwood Holdings Group, offers investment advisory services through Westwood Advisors, LLC, a wholly owned subsidiary of Westwood Holdings Group, Inc. (NYSE: WHG) 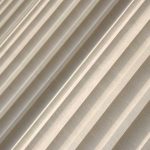 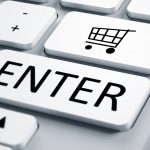